Zoop was an award-winning Dutch youth-oriented TV soap opera about eight young adults working in the Ouwehands Dierenpark zoo in Rhenen. The series was sold to Brazil, France, India and Sweden.

The series has had three seasons since 2004, all on the Dutch Nickelodeon channel. The series also spawned three spinoff films. Episodes continued to be broadcast up until 2013. Director Johan Nijenhuis has said that there will be no more episodes or movies produced. 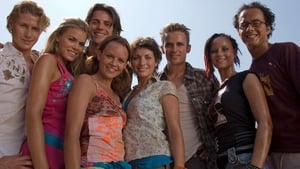