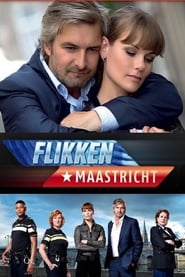 IMDb: 7.7 2007 70 views
Inspector Robert Lewis and Sergeant James Hathaway solve the tough cases that the learned inhabitants of Oxford throw at them.
CrimeDramaMystery

IMDb: 6.5 2006 147 min 295 views
Jai and Ali return, this time on the trail of an international thief who steals priceless artifacts and has chosen Mumbai as his next target.
ActionCrimeDramaThriller

IMDb: 8.2 2005 76 views
An elite team of FBI profilers analyze the country’s most twisted criminal minds, anticipating their next moves before they strike again. ...
CrimeDramaMystery

IMDb: 8 2005 87 views
Due to a political conspiracy, an innocent man is sent to death row and his only hope is his brother, who makes it his mission to deliberately ...
Action & AdventureCrimeDrama

IMDb: 7.4 2005 111 views
After the unexpected death of her husband, a suburban mom resorts to selling weed to support her family.
ComedyCrimeDrama

IMDb: 7.1 2005 55 views
Inspired by actual cases and experiences, Numb3rs depicts the confluence of police work and mathematics in solving crime as an FBI agent recruits ...
CrimeDramaMystery

IMDb: 6.7 2004 124 min 413 views
A gang of bikers headed by the cool-headed and arrogant Kabir is on a robbing spree in Mumbai. They rob establishments and then zip away on their ...
ActionCrimeDramaThriller

IMDb: 8.2 2000 156 min 291 views
Three unemployed men find the answer to all their money problems when they receive a call from a kidnapper. However, things do not go as planned.
ActionComedyCrimeDrama
Page 2 of 212